Skip to content (Press Enter)
HomeConscious ParentingHelping Introvert Child to Open Up: The Parenting Tips You’ll Need Along The Way

Leave a Comment on Helping Introvert Child to Open Up: The Parenting Tips You’ll Need Along The Way

Many adults see an introverted child’s personality as a flaw, something that might be detrimental to the youngster’s development.

An introverted kid who withdraws inside himself like a hedgehog is not the same as a problem child, and this article will help you distinguish between the two terms.

However, what does it mean to have an introverted child?

You probably see your child often reserved and uncommunicative.

The kid may be timid or just have a bad disposition, but in any case he prefers his own company and isn’t interested in sharing toys or playing games.

Although its proximity to the other party isn’t always problematic, it may lead to misunderstandings.

Misunderstandings are most likely to cause problems in the classroom, where the kid may be bullied and teased by more cocky classmates, and at home, where tensions may arise due to the child’s inability to communicate effectively.

Many parents and teachers seem worried when they observe a child’s unwillingness to join in on playground games or interact with classmates.

The general public tends to see introversion unfavorably and assumes that other personality traits, such as openness to experience, friendliness, and extroversion, are more advantageous to adaptability, conversation, and vitality.

Since introversion and extroversion are not synonymous with greater or lesser adaptation, but simply two different ways of being, which are, after all, not nearly never absolute, and which largely depend on the temperament, that is, on the biological substrata of the personality.

See also  What Does it Mean to Actively Listen to Your Child?

Let’s make it clear that the introversion-extroversion continuum does not indicate a progression from a negative character disposition towards a positive one.

The term “optimal activation” describes the state of readiness that a living thing tends to find and maintain.

People who are highly aroused from inside would, in this sense, be less interested in, and more comfortable with, being alone.

On the other hand, those whose internal arousal is low are more inclined to look for intense external experiences and constant stimulation to boost their mood.

Due to this setup, they will become more extroverted.

In reality, biological explanations of personality traits fall short because they equate a person with something that is always identical to them “by character,” whereas a person, despite possessing stable traits, is always susceptible to alteration as a result of exposure to novel situations, the influence of influential others, and the passage of time.

Therefore, we stop seeing introversion as an indicator of negativity and start thinking of it as just a personality trait.

Never forget that many talented artists, authors, and musicians fall under the introverted personality type because of their sensitivity.

In this sense, it does not seem that the individual’s mental health is at issue; a more subdued and placid personality does not automatically prompt us to consider the aberrant or pathological.

Unfortunately, children’s peers often exploit the introvert ones at school, increasing the likelihood of social exclusion and bullying upon the child’s introduction to formal education.

In this context, “bullying” refers to a pattern of abusive actions taken by one or more people against a specific person or group of people throughout childhood.

This phenomena is most prevalent in the educational setting but is not limited to the classroom.

It’s pointless to attempt to force a shy, more reclusive youngster to act like other kids.

The child’s caregivers, whether they be parents or teachers, have the responsibility to help him overcome some of his more challenging traits as they learn to understand and appreciate the unique individual they are interacting with.

To begin, avoiding placing any undue pressure on him while also honoring his individuality and preferences.

There’s no use in telling him to “go play too” over and over again, since it would simply make him more anxious and upset.

Let’s reassure him that making friends at school is normal and that he’ll have to pick the ones who are most like him with his head held high.

That if someone bothers him at school by bullying him or making him feel uncomfortable, he shouldn’t bottle up his feelings but instead tell an adult.

That parents and teachers should communicate openly about their child’s struggles in order to form a positive school-home axis to aid and listen to him.

In most cases, there is still something we can do to facilitate their socialization:

Here’s an example: if you’re too reserved, your shy kid may not like you as much, but if you’re outgoing and friendly, they could change their minds.

Keep your distance and avoid saying things like, “But why don’t you go play, you’re too shy!” as doing so will etch this meaning into his own being, leading him to conclude that he can never be himself;

Give him a chance to go wild; would you rather play with a youngster than join in the action?

Don’t see it as a loss; it’s his decision, and what matters is that he can be himself without fear of criticism.

See also  What Does it Mean to Actively Listen to Your Child?

Is it the first time he’s playing with other kids at the park, but you can’t let go for fear of what can happen to him if he’s taunted or gets into a fight? Give him the freedom to explore this game on his own.

It takes a lot of subtlety to get a shy, reserved kid to open up in his own home and the other places he spends his time.

To help him grow in this area and emerge from his shy shell, consider the following eight suggestions.

Should You Be Worried?

It’s impossible to predict whether or whether your shy youngster will outgrow his or her reticence, although many of individuals have.

In fact, the researchers found that environmental factors had a greater impact on personality than did genetics.

Don’t fret about what the future may hold.

Plus, give your kid all the love and encouragement they’ll need to succeed in the real world.

Your confidence in him and your efforts to make him feel secure are the building blocks of his future success. 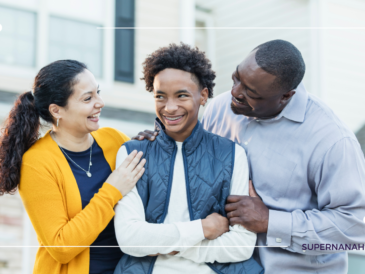